Brian has been professionally grooming since June 2017. Prior to becoming a groomer, he was enlisted in the US Air Force for 10 years where he served in Texas, Nevada, and Washington DC for the Military Intelligence community. Growing up, Brian’s family bred Golden Retrievers in Louisiana and, later, raised Great Pyrenees. He and his wife, Melissa, who is also a professional groomer, have been married for four years and have two wonderful pups, “Snickers” and “Winney”. Snickers is a 3 year old Corgi and Winney is a 2 year old rescue whom they met through their prior job as a rescue candidate from Homeward Trails Animal Rescue. 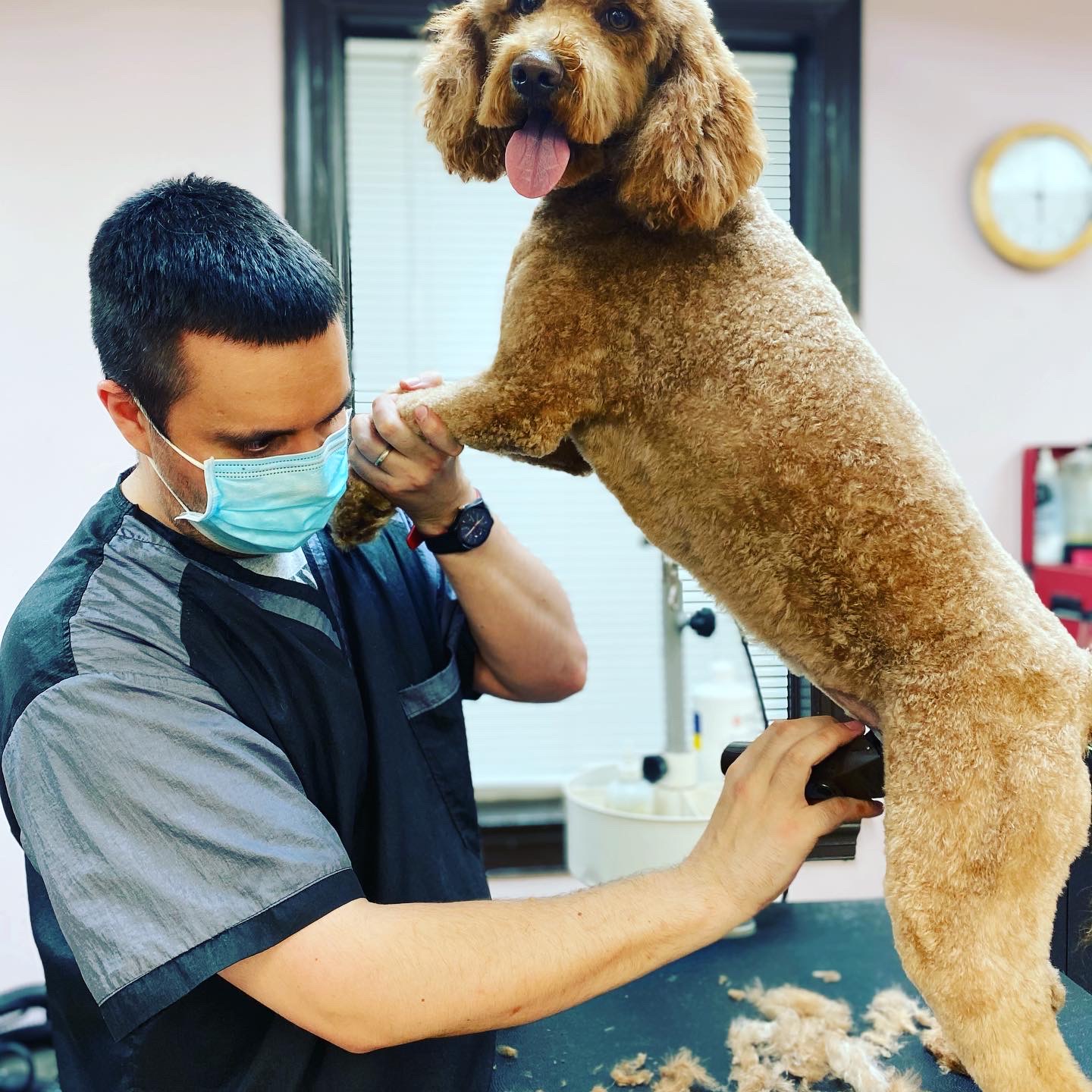